Blog - Latest News
You are here: Home1 / Blog2 / Blog3 / This Expecting Mother Has A Strong Message Amidst Air Pollution In Del...

The PM 2.5 level is very high in Delhi. To newly born babies, It is equivalent to smoke more than 20 cigarettes daily.

The air pollution in Delhi (Capital of India) has started going from bad to worst. The worst air quality of this season hit the Delhi on last Sunday. Delhi’s air touched the very poor category index mark. It was recorded at 381 as per Central Pollution Control Board.

Scientists have found the first evidence that particles of air pollution travel through pregnant women’s lungs and lodge in their placentas. It is disheartening that even newborn babies are on higher risk of early stage of Asthma. The PM 2.5 level is very high in Delhi. To newly born babies, It is equivalent to smoke more than 20 cigarettes daily.

The 31 year Urvashi Dagar’s expecting date of delivery is just after the Diwali of this season. She lives in West Delhi. She has a 5 year old daughter (Vasundhara). Urvashi’s pregnancy is different this time because air quality is deteriorating every year.

She has to visit her doctor for a routine check-up. Sadly, she faces a problem of breathing. She discussed about it with her doctor as well.

Concern About Air Pollution In Delhi:

As charity begins at home! We decided to start the shoot from her locality where she goes for a walk in the park. As soon as we started the shoot, a middle-aged couple stopped taking a stroll. They approached us. The middle aged man asked in a blurry tone by coughing “Are you selling masks here?” I could sense their urge of buying the mask immediately.

The 5 year old Vasundhara also decided to take a part in the shoot with her mother. She brought her toys and borrowed two masks from me. I did not know what her ideas were?

I was continuously wiping my eyes. I felt irritation and kind of burning sensation in the eyes. The little girl was also facing the same problem but not to the extent of mine.

What Experts Suggest To Protect Yourself Against Air Pollution In Delhi?

We had a word with Mr. Atul Kumar Verma, an IT professional turned renowned Yoga therapist. He told us that Yogic Breathing is the only solution to keep lungs healthy and ailment free. Yogic breathing teaches you to breathe in a right way. The yogic techniques help in cleansing the lungs.

“We need to educate the masses about Air Quality so that they know the damage they are exposed to. Most people in Delhi, including many of my patients are unaware about the Bad Air Quality and only consider it an issue when the visibility gets bad.”

We have to bring the change into our old habits. Yes! Old habits die hard. But, in 2009 a study revealed that some habits can be formed in a matter of weeks while others can take more than five months.

The continuation of any action forms the pattern in our life. We all live in set patterns. Some patterns we form as per our likings or disliking. These patterns turn into habits.

We have developed many such patterns having no or less conscious thoughts which aggravate air pollution. Or there is a pattern of stubble burning in North India other than construction activities and vehicular pollution.

We need to change all these patterns and create new ones for the sake of healthy human chain. I believe, we are capable in bringing this change positively.

“Here we are, the most clever species ever to have lived. So how is it we can destroy the only planet we have?” 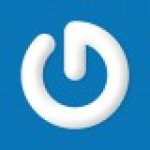 Why We Need Wedding Consultants In India?